Maintenance and ongoing repairs to any old property are essential to ensure that the building remains fit for purpose and costly future repairs are avoided. There is a wealth of information available on how to look after your old building on the Tywi Centre website, but please do not hesitate to contact the Built Heritage Team if you have any specific issues or concerns.

How should I carry out basic maintenance and repair of my property?

Regular maintenance is the most cost-efficient way to look after a historic building and will help to prevent costly repairs in the long run. The importance of clearing gutters, fixing slipped tiles, removing vegetation and repainting timber windows and doors cannot be overstated.

Contact the Built Heritage Team if you aren’t sure if you need listed building consent for repairs.

Seeking advice from a qualified and competent expert is highly recommended. This not only helps to avoid traps for the unwary, but also removes the risk of repeating an earlier mistake which may be inappropriate, cause harm to the building and possibly result in you incurring additional expense.

Carrying out repair works may affect protected species, such as bats, and an appropriate survey by a qualified and competent ecological consultant should be undertaken.

Where can I find advice on looking after a listed building?

There is a wealth of resources online aimed at educating owners and custodians of old buildings on how to maintain and repair their heritage assets.

The Tywi Centre have created links to websites, videos and guidance that are available to view.

In addition, The Tywi Centre offers a wide range of Traditional Building Skills Courses which enables homeowners to learn how to repair and maintain their own buildings.

Are there any grants available to help me maintain/repair my building?

We are unable to offer grants to owners of Listed Buildings to help maintain or repair your property. It is therefore advisable to budget for costly future repairs and undertake regular maintenance.

For certain work on particularly important historic buildings there may be some level of grant funding available from Cadw.

I’ve heard cement render is bad for my building, should I remove it?

Cement based renders and mortars are unsuitable for use on historic properties as they inhibit the movement of moisture which can lead to damp, rot and decay. Where there is evidence that cement mortar or render is failing, or evidence of damage to the historic structure, the cementitious render or fabric should be carefully removed and replaced with lime render or mortar. It is advisable to remove a limited sample area to assess whether any damage will be caused during the removal and how this can be minimised or mitigated against.

In some situations where cementitious material has been used the building fabric might appear in good condition, with no obvious evidence of damp, rot or decay, however, the damage may be occurring inside the solid walls to beam ends and window and door lintels. Investigations of sample areas should include looking at timber structures in the walls.

Re-rendering or plastering is likely to require Listed Building Consent.

How can I manage damp and moisture in my old building?

The causes of damp can be complex and often misunderstood. Wrong diagnosis can result in ineffective measures. Before doing anything, it’s important to correctly diagnose the problem and this is best done by an architect or surveyor who specialises in historic buildings.

If the diagnosis is wrong you can waste a lot of money on unnecessary work, as well as causing potential damage to the property.

Finding the cause of the problem can sometimes be difficult as the damp itself can be far removed from its source.

There are three main types of damp:

Low level damp up to one metre from the floor indicates moisture is being drawn up from the ground.

There can be a number of reasons for this, but the most common one is usually the level of the ground outside being too high. In older properties this can increase over the years to the point where it starts to cause damp.

Poor drainage around or under the building can also cause damp problems and lead to the movement of the building foundations.

Driving rain can find its way in through poorly maintained buildings, through gaps at the sides of windows or through the tiny cracks in cement renders.

Many damp problems are the result of poorly maintained gutters and downpipes.

In fact this can almost be worse than having none at all, as the water tends to be concentrated at one point where the gutter or hopper is leaking.

Often such problems can go unnoticed for years and gradually the damage escalates.

Regular checks can avoid such problems, particularly for vulnerable areas such as downpipes and hidden gutters.

Damp problems can also be due to lack of ventilation and the existence of non-breathable plasters and paints inside an old building. Often low level condensation mould is mistaken for rising damp.

When timber becomes very damp it can attract insects such as beetles and lead to rot.

Where the problem is left undetected for a long period, it can cause serious damage.

Contact the Tywi Centre for more information or have a look at the List of Contractors/surveyors on the website of the Welsh Traditional Buildings forum to find a professional to help investigate the problem.

Watch the video on Moisture guidance for existing homeowners. 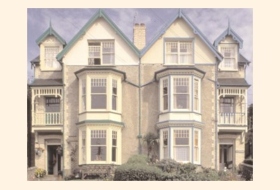 Guidance - A Stitch in Time

This guide is intended to encourage and help building owners to look after their property. 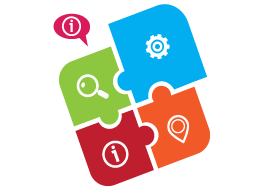 Further information can be found by viewing these conservation guidance leaflets 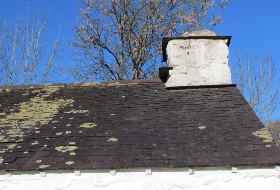 When it comes to looking after an older house, it's very important to carry out regular maintenance in order to prevent expensive repairs at a later date

We promote the care and repair of the old buildings through providing information, training and support to homeowners, builders, agents and building professionals.