The council is prioritising the removal of windblown trees that have been uprooted in the recent storms along the busiest A, B and C roads across the county.

Landowners are advised to assess their own trees when safe to do so and if required seek guidance from a tree surgeon. Removal of windblown trees is extremely dangerous and, in most cases, conventional tree surgery and felling operations cannot be employed. To enable you, as a landowner, to comply with the Health and Safety at Work Act 1974 we recommend that only suitably qualified and experienced tree surgeons are employed to undertake the work on diseased trees.

Please note that landowners have a duty of care responsibility, as specified in the Occupiers Liability Act, 1957 & 1984, to ensure trees in their ownership do not pose an unacceptable threat to people and property.

Under the Town and Country Planning Act 1990, as the local planning authority, we have a responsibility for the retention of trees in the County. Trees are an important natural asset and contribute much to the quality of our urban and rural environment. In addition to their visual amenity, trees act to filter noise, light and dust and play an essential role in the ecological system.

We protect trees by issuing Tree Preservation Orders (TPO). A TPO aims to protect trees that make a significant impact on their surroundings, for example, if they are a good example of their species or form an important feature within the local landscape.

A TPO can be made by the local planning authority in respect of a tree, group of trees or woodland including hedgerow trees but not hedges, bushes or shrubs. Members of the public may make a formal request for a TPO to be made. The effect of a TPO is to make it an offence to cut down, top, lop, uproot, wilfully damage or wilfully destroy a tree without our consent.

Anyone can suggest to us that a TPO is put on a tree. We will then decide if it is of enough visual importance to the public to make a TPO. You will be told in writing if we intend to make a tree on your land the subject of a TPO, and you have the right to object to the TPO being made.

Even once a TPO is in place, the owner is still responsible for the tree, rather than us. If anyone wants to prune any part of the tree or cut it down, however, they usually need to get our written permission first. The Courts can impose heavy fines or even imprisonment if work is done without permission on a tree covered by a TPO.

Trees in a conservation area

Trees within conservation areas are also protected and works to trees in these areas are subject to restrictions even if the trees are not the subjects of a TPO. Notice is required for works to trees that have a trunk diameter of more than 75mm when measured at 1.5m from ground level (or more than 100mm if reducing the number of trees to benefit the growth of other trees).

You have to give six weeks’ notice before carrying out work on trees which are located in a conservation area. This gives us an opportunity to consider whether an order should be made to protect the trees. In accordance with the legislation, it is an offence to cut down, prune, lop, top, uproot or wilfully damage or destroy a tree in a Conservation Area without giving us prior written notice. The penalties for failing to notify us are similar to an offence under TPO.

You can apply for consent to carry out works on trees under a TPO or in a conservation area online. There is no charge for the application.

APPLY FOR WORKS TO TREES

For our benefit, and for the benefit future generations we seek to ensure that trees continue to enhance our settlements and our countryside, and to be valued and safeguarded as a resource.

This strategy document is intended as a guide for elected members, Council employees, businesses, members of the public and all interested organisations/parties on how they can expect trees on County Council owned land to be managed, and how issues related to trees on private land may be dealt with.

All trees on privately owned land are the responsibility of the landowner or tenant. Under the Occupiers’ Liability Act 1957 and 1984, and the Health and Safety at Work Act 1974 landowners have a legal duty to ensure all trees on their land do not pose an unacceptable risk to people and property. In practice this means if a tree or branch falls and causes damage to a person or property then the tree owner or occupier of the land may be liable.

It is advisable to inspect trees on your land or land you occupy at least once a year and immediately following a weather event (storm). The purpose of inspections is to determine whether a tree could foreseeably cause harm by virtue of its size and physical condition.

Signs that may help to recognise hazardous trees include:

There is no clear and unambiguous indication from the courts regarding the extent of tree knowledge a landowner is expected to have or regularity of inspections. Following recent cases, the courts indicate the standard of inspection is proportional to the size of the land and resources available in terms of expertise. If the landowner does not have sufficient knowledge of trees to enable them to identify obvious defects, then they should seek guidance from a suitably qualified Arborist or other suitably qualified professional. For insurance purposes written records of all such advice, or action taken on trees should be retained.

Remedial work and insurance for trees on private land

You are strongly advised to take reasonable steps to inspect trees and to carry out appropriate remedial action, if an action does occur you will have a basis for demonstrating that you have not failed in your duty of care. If a tree fails and causes damage to a third party, it is important you can demonstrate you have a routine proactive survey process in place.

Before carrying out work on trees it is advisable to check with us to ensure trees are not subject to a Tree Preservation Order (TPO) or are located within a Conservation Area as designated under the Town and Countryside Planning Act. Natural Resources Wales will need to be consulted if large numbers of trees need to be felled as a felling licence maybe required under the Forestry Act 1967. Trees in gardens, church yards and public open spaces are exempt from the Forestry Act legislation.

Landowners who fail to carry out remedial works to prevent a risk of harm to people or property can be instructed to carry out the work either through a Court Injunction or where adjacent to a public highway, Notice can be served by us under the Highways Act 1980. We also have discretionary powers to serve Notice on a landowner using the Local Government (Miscellaneous Provisions) Act 1976.

Tree owners should check with their insurers to make sure they have adequate cover that is appropriate for their trees, land and its use.

Dangerous Trees: Liability of the Owner

Under the Occupiers’ Liability Act 1957 and 1984, and the Health and Safety at Work Act 1974 landowners have a legal duty to ensure trees on their land do not pose an unacceptable risk to people and property.

These situations are private civil matters between the owner of the trees and the complainant. There is no duty on us to inspect the trees or to intervene in any way.

The Local Government (Miscellaneous Provisions) Act 1976 provides local authorities with discretionary powers relating to dangerous trees on private land. These powers are intended as an option of last resort or for use in emergency situations. We will consider using these powers if the trees pose a significant risk of causing harm and the complainant has exhausted every reasonable option to resolve matters with the owner of the trees prior to contacting the authority. This means complainants will be expected to demonstrate they have:

In exceptional circumstances we may choose to act without the above steps having been undertaken. The expectation is that these situations will be extremely rare and in all cases we must be satisfied there is a legitimate reason why a complainant is unable to comply with the above requirements.

We are unlikely to use the powers contained in The Local Government (Miscellaneous Provisions) Act 1976 simply to save a complainant from incurring expense or where the only risks associated with trees relate to damage to property. We are also unlikely to act if the risk of injury can be reasonably abated by the actions of the complainant.

Trees growing on private land where the ownership is unknown

We will only take action if the trees pose a significant risk of causing harm and where we consider there are overriding issues that would make it unreasonable to expect a complainant to resolve matters for themselves.

In all other situations (which will be the majority of cases) complainants will be advised to obtain their own independent legal advice and a tree report from a suitably qualified person. It will then be for the complainant to decide how they wish to proceed based on whatever advice they may have received. 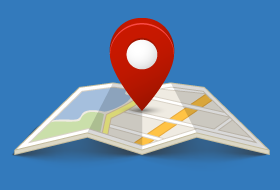 We keep records of all trees covered by TPOs, contact us if you have a query or would like a copy of an order. 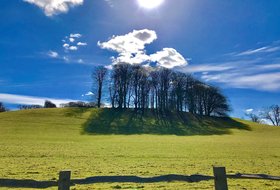 You can find out more by reading the further guidance on applications for works to trees subject to a TPO or notification of proposed works to trees in conservation areas. 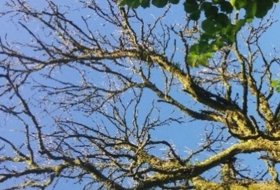 A lot of work is underway to tackle ash dieback disease in Carmarthenshire. 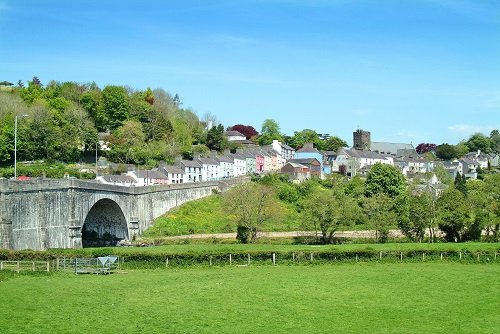 Conservation Areas are designated to preserve and enhance the special character of areas of architectural or historic interest. Find out more… 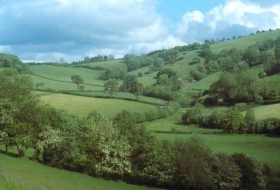 Hedgerows are one of the defining features of rural Carmarthenshire. Find out if you need to apply for consent to remove a hedgerow.

Apply to remove a hedgerow 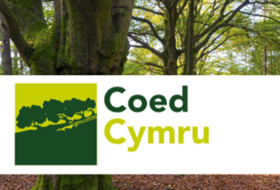 To get advice on woodland management, marketing of hardwood timber, or technical information about specialist products and technology contact our local Coed Cymru officer. 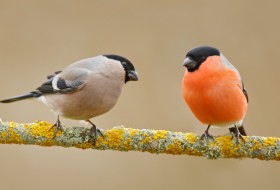 Carmarthenshire’s natural environment is rich and varied. Find out more about our key species and habitats, the Carmarthenshire Nature Partnership and much more! 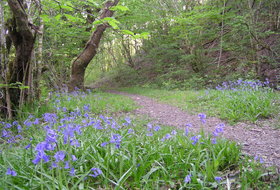 Woodlands and forests cover about one-seventh of Carmarthenshire.