The Party Act came into force on 1 July 1996 and applies throughout England and Wales. The Act provides guidance for preventing and resolving disputes about party walls, boundary walls and excavations near neighbouring buildings.

If you intend to carry out building work which involves any of the following you must find out whether that work falls within the Act. If it does, you must notify all adjoining neighbours:

What is a Party Wall?

According to the Act a wall is a 'party wall' if

A wall is also a 'party wall' if it stands wholly on one owner's land but is used by two or more owners to separate their buildings. A 'party fence wall' is not part of a building, and stands astride the boundary line between lands of different owners e.g. a garden wall. A 'party structure' could be a wall, floor partition or similar which separates buildings or parts of buildings e.g. flats.

The Act covers work on existing party walls, new buildings on the boundary line between neighbouring pieces of land and excavation near neighbouring buildings.

Do you need building regulation permissions? 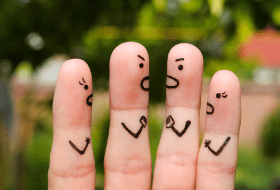 Preventing and resolving disputes in relation to party walls