Like most people, you probably put out your recycling. But what about your old electrical items? If they’re broken or unwanted, do you hang onto them because it feels wrong to bin them? Maybe you leave them to gather dust in a loft or cupboard.

Actually, it is a waste to throw them away – because you can recycle them!

Our old TVs, computers, mobile phones, power tools and electronic toys and games all make up the 1.8 million tonnes of Waste Electrical and Electronic Equipment (WEEE) generated each year in the UK. Research shows that just under 30 per cent of us simply throw broken or unwanted items away in the rubbish, whereas if we switched to recycling these items we could divert over 100,000 tonnes of valuable waste from UK landfills each year, weighing the equivalent of 14,000 double decker buses.

WEEE is one of the most harmful waste streams still being sent to landfill as it contains hazardous substances such as mercury, lead, beryllium and cadmium. When disposed of to landfill these substances are released into the ground where they pollute the surrounding area.

By keeping old WEEE separate from other household wastes it can be treated, the hazardous substances can be removed and a large proportion recycled rather than sent to landfill.

What happens to your recycling

More from Recycling, Bins and Litter 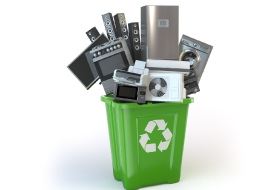 Where can I recycle electrical items?

You can dispose of your old large electrical items at one of the county’s recycling centres or smaller items at a local recycling bank. 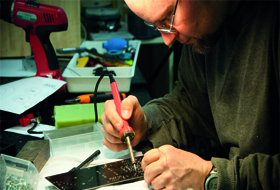 Don’t throw broken items away, get them repaired!

Have you got broken equipment you cannot fix yourself? Find a reliable local repair business, on our online repair directory. 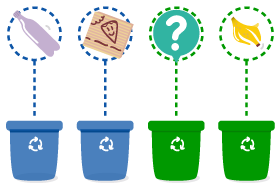 What can be recycled?

Find out what items can be recycled and where using the A-Z of recycling guide. 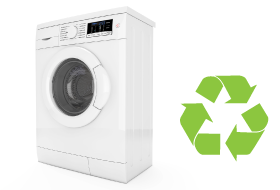 Can't take it to the recycling centre yourself?

We provide a bulky waste collection and will collect up to three large items such as a fridge, wardrobe etc. for £25 from your usual collection point. 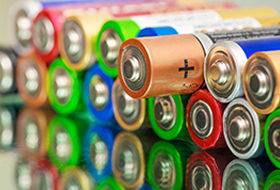 Do not put them in your black or blue bag, as they are a potential fire risk. Find a recycling point near you.